I think perhaps one of the most hair-pulling, head-desking things that comes with the whole writing/publishing process is writing the short summary. The blurb that would go on the back of the book. The bit of the query letter that hopefully makes someone want to read the story.

Because it's super easy to condense over 100,000 words into three paragraphs. (No, I'm not being sarcastic at all; why would you possibly think that?)

After hours of *head desking* and a dozen or so revisions, I have the basis for the blurb. I'll let it sit for a while and then come back to it to see about tweaking it more. Here is my current draft of the summary for Rising Book 1: Resistance:

EDIT: The first version is being reworked again; I will update it as soon as it's done being revised. Aiming for more specifics...wheeee!

EDIT 2: After even more revisions, I've got the next draft. (Subject to change upon further nitpickiness and tweaking. ;))  I'll get this eventually...

EDIT 3: Updated again. I think this might be it... (Watch me come back in a few hours with more tweaking...)

When Alphonse's quiet summer is interrupted by the arrival of a half-dead stranger on his doorstep, he's given an urgent errand. He's sure he's the worst person for the job. He prefers reading over socializing, gets faint at the sight of blood, and the most adventurous thing he ever did was go on archaeological field trip.
Alphonse is tasked with delivering a message to the leader of his home country. He has no idea how he will accomplish this, but he gets on a train to try anyway. Only a few hours into his journey, he's attacked by knights, elite soldiers of a neighboring king. He's rescued by Mairwyn, a talented mechanic with a no-nonsense attitude and a troubled past. Alphonse and Mairwyn attempt to deliver the message, only to discover if they fail, countless people could die.
And even if they do succeed, there may be no stopping a war that's lurking on the horizon. 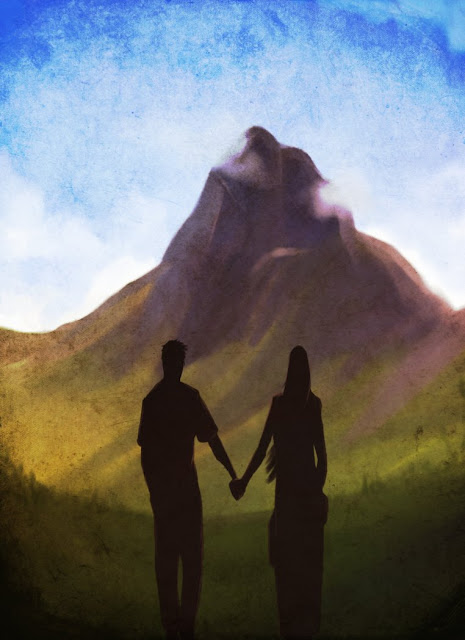 Tell me, dear readers, do you find writing the summary very difficult, or does it depend on the story? What is the hardest part of writing a book for you?
Posted by Laura Josephsen at 5:13 PM