I posted this picture months ago on my blog, but with the release of Rising Book 1: Resistance, it's a lot more relevant now. This is artwork that was done by Holly Robbins, my cover artist, of and Brenna—two of the secondary characters in Resistance. 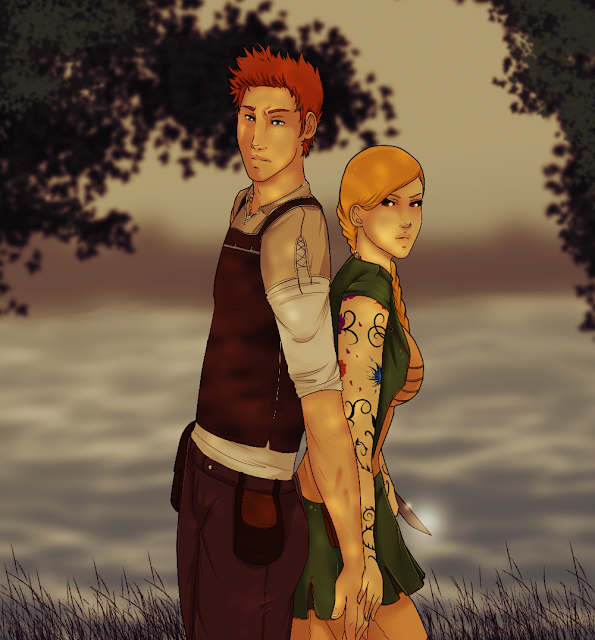 These were two characters that hadn't been planned for when I started the book; they both swept in for different purposes. As I came to the end of writing Rising Book 1, I realized that Lachlan and Brenna's story needed to be told too, and they became my narrators for Rising Book 2.
For any of you who have read Rising Book 1, you might understand when I tell you that the idea of telling their story terrified me. For those of you who haven't read it, I'll just say that these two characters have been through a lot, and their story is the most intense I've ever written. I'm actually telling their back story in scenes that take place between each chapter. I'd debated for a while about whether or not I should do that, but in the end, their history was way too complex and relevant to the story to tell it any other way.
The reason I mention all of this is because I'm going to share one of these flashback scenes from Rising Book 2 on my blog today. It was really hard to find one that wouldn't spoil certain things in the first book for anyone who hasn't read it, but I think I managed it.
So under the "read more" cut below, here's a flashback scene from Rising Book 2. It takes place around nine years before the start of Rising Book 1. (And it's still a work in progress--I'm not done writing the first draft of Book 2 yet.)