Breaking Out of Your Comfort Zone - AKA The Darth Vader Scene

The other day, I wrote possibly the most horrible, torturous scene I have ever written. It was the Darth Vader of scenes. 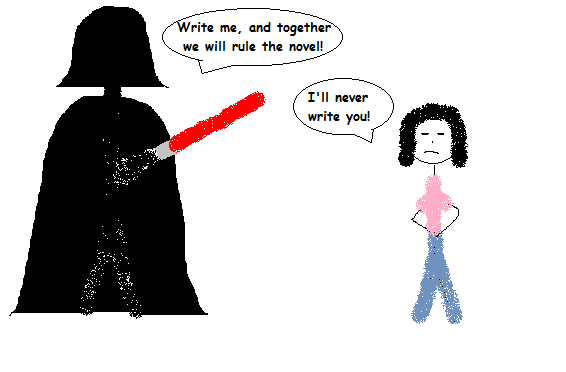 I could have said it was the Darth Sidious of scenes, because that dude was just pure evil, but just like Darth Vader had some redeeming qualities, I suppose this scene had...um...well, the only redeeming quality is that it helped me understand a lot better what one of my characters had been through.

I didn't want to write it, but the stupid thing was right there, poking me obnoxiously, threatening to slice me up with the lightsaber if I didn't write it. (Translation: when I need something expelled from my brain, it's best to write it, because then it's out and free and it leaves me alone.) This scene isn't even going to be in my book. The effects of that scene and the aftermath of it, yes. This is pretty normal--I write things all the time not knowing if they'll ever be used, just because I need to get the scene out. Sometimes I'll write it at full-blast intensity and then pick what I need from it and figure out how to tweak it for the tone of that particular book.

As I said, it helped me understand the suffering of this character. It also helped me figure out what some steps toward healing will be. I'm big on moving toward hope and healing--but I sometimes break characters quite a bit before that comes.

I kind of wonder, what does it say about me that this could have come from my head? Then I go, I think it means I'm a writer.

I can't bring myself to actually look at this scene. I can't bear to see those words. I'm not even sure how I wrote them; they just poured out, and then they were done. 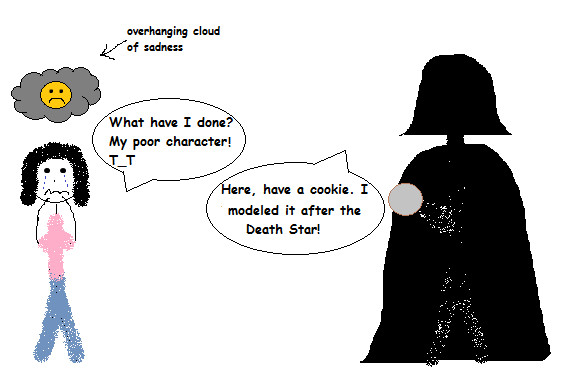 It's okay if I can't look back at it, because it's over and I don't have to think about it anymore. And after I wrote it, I went straight into writing a different scene of future help/healing/happiness, because I couldn't leave that awful moment suspended there. 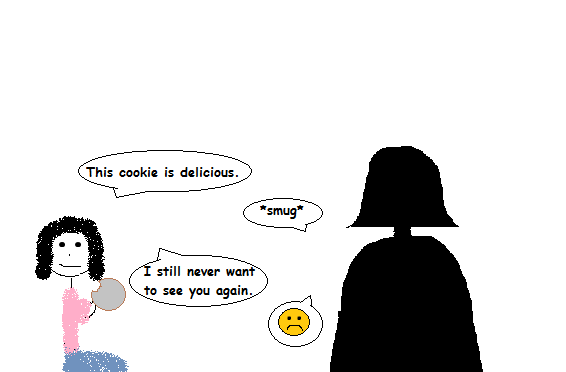 My writing has taken me to some very dark, uncomfortable places. It has also taken me to some very happy, but still uncomfortable places. (And it's taken me to some flat out happy places, but that's not the point of today's post.) I've had to learn a lot about breaking outside of my bubbles. There have been times my beta readers/CPs have nudged me outside of my comfort zones and pushed me to do better, to give more, for the sake of the stories and the characters. I've found that when this happens, I tend to dive full-in. It's kind of all or nothing. (Which is why the next beta readers then have to go, "Um, Laura, this is a bit too much." And then I rewrite more and find a balance.) 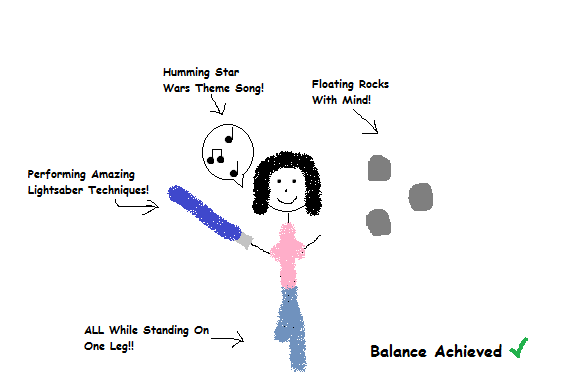 It all comes down to the characters. If I'm not willing to let them be themselves, to explore their pain and their joy, even if I cringe at it, how am I going to be able to to do justice to their story? But it can be very hard, and exhausting, and take a lot out of a writer to portray that pain.

How do you deal with writing your characters' agony? Has a character ever pulled a scene out of you that you couldn't stand to look at afterward because the thought of what was suffered was too terrible? *waves hand* This is not the run-on sentence you're looking for....
Posted by Laura Josephsen at 1:10 AM